Testing and debugging processes are differentiated in the sense, testing seems to find the defects in the software while debugging on the other hand help identify issues in the code. The main difference between testing and debugging is that testing is the process of finding and locating defects of the software while debugging is the process of fixing the identified defects I will be discussing the major differences between the two terms as we proceed further in this article.

Testing: As described previously, testing is a process of exploring the system to find defects present in the software, and also define what will happen once these defects occur. This process is performed in the testing phase by the testing team, and after this phase, they will report to the development team and they can now proceed with debugging.

During testing, different techniques may be used. This includes providing both correct and incorrect inputs, intentionally wrong inputs, and other different inputs with the objective of assessing the response of the program to different situations. While testing a program using different data, the program may flag a bug that needs to be corrected. With this happening, I would like to throw more light on what is a bug.

A bug is a programming error that affects the execution of a program. The program may not function properly or does not execute at all. Some of the bugs may be caused by the omission of a code or the use of a wrong one.

Here are some key terms I would like to discuss before going into more detail. There are several categories of automated testing, all of which are used in a continuous delivery pipeline. For the purposes of Windows PowerShell code (scripts), I will be covering these various types of tests below.
– Unit tests
– Integration tests
– Acceptance tests

Unit test: Unit testing is usually the fastest type of testing out there, and it is the first thing that will be run in your pipeline. Unit tests are responsible for verifying the behavior of a single unit of code.

Integration test: Integrated testing encompasses testing all your codes at ones. Instead of isolating your code from the other parts, you run everything order to ascertain its correctness and to ensure all the bits are working together

Acceptance tests: Acceptance tests are fundamentally the same as integration tests, except they refer to tests that you run after your code is deployed into production. You can use them to ensure everything is up and running correctly.
Note: This is often referred to as “smoke tests.”

Debugging:  Debugging on the other hand varies in the degree of complexity. There are some simple debugging such as a small program designed for in-house use etc. Due to the relatively short length of the program, the debugging done by a programmer will be relatively simple.

Once the development team received the report from the testing team as discussed above, they will swing into action and start debugging. The purpose of this phase is to locate the bug and get rid of it. This step is usually done manually. Most tools are capable of debugging and this is referred to as a “debugger” which is used in locating the bugs in most of the programming environments.

When an error or bug is detected in a program, it must be corrected. Otherwise, the objective of developing the program is defeated. You cannot work when a system (software is not running correctly or it is flawed). This can raise one's eyebrow and can put your data at risk as the case maybe.

Now that we have discussed some key terms above, it is time to

These are the main Differences between Testing and Debugging, the key difference is that debugging is performed by developers and sometimes system administrators and they fix the issues filed by testers in debugging phase. The result of debugging usually gets the issue resolved and makes it available for retesting.

I hope you found this blog post helpful. If you have any questions, please let me know in the comment session. 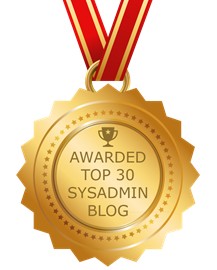